No, I'm not talking about Lynyrd Synyrd's song Tuesday's Gone :) even though I do like it.

Mike was an incredible artist. He could work with just about any medium and create beautiful pieces of work. He was a modest artist. I would often tell him how incredible he was and that he should make a career out of it, or go to school and major in art just so he could have time to work on something he loved. He would shrug his shoulders and tell me it wasn't a big deal, that anyone could do what he did if they tried. He lied. Our two oldest children seem to have inherited some of his artistic ability. He was always showing them how to draw, or he would give them tips as they worked on various art projects.

In the last few years, Mike mostly worked with pen and ink or pencil. He didn't often take requests from other people, but he would always take time to draw something if I asked him to. He didn't like working under timelines and often drew spontaneously when he felt like it. He would take time to draw pictures for my students. At one school I worked at he would come and teach art classes.

Tuesday, April 12 was like any other day except that Mike was on vacation. I took the kids to work with me. I'm famous for leaving things at home, and that day was no exception. I had forgotten to bring Tyler's gymnastics suit. She was trying out for the school talent show that afternoon, and sure enough I had left it at home. I called Mike and he said he would bring it to me. When he got to the school I asked him to draw something on my board for me, actually it was for one of my students. This child had asked several times if Mike would draw him a cobra. Mike picked up the chalk and started to draw. This would be the last piece of art, that I know of, that he created. Two days later he passed away. A coworker took a picture of it before it was erased, and she sent it to me. 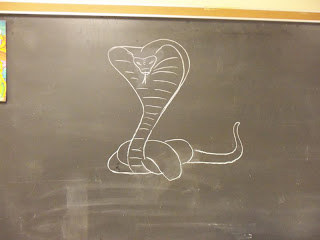 Mike drew a lot at work and would often text me pictures of his work. Here are our initials. 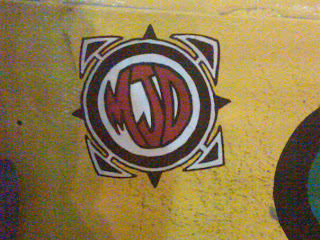 Here is a mural he painted as one of my school projects. 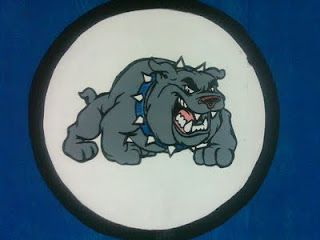 This one he drew for a friend years ago. It was always one of Mike's favorites, he drew a lot of different versions of this. 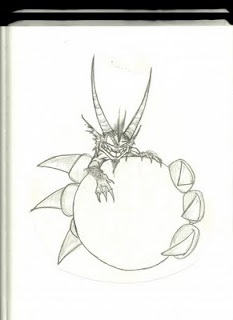 Mike loved to draw comic book characters, and anything science fiction/fantasy related. So here is one last picture. 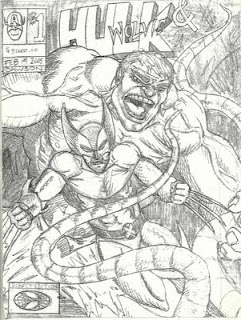 Mike drew constantly at work. At one point in time there was a whole stack of his work in our smoking section & I loved going through them all. He was famous for drawing up cartoons about situations at work and his coworkers which always made us laugh. New safety guide lines required us to wear special coats when working around electrical breakers & they were butt ugly green & plain. I asked Mike if he would personalize mine by drawing a skull & crossbones on it. He did & I will always be grateful & will think of him when I wear it. Hope you & your kids are doing ok. Take care!

Thank you Kelli for sharing. He talked often about his work family and would share funny stories. I love hearing things like this because it gives me new insight. He would send me pictures of stuff he would draw at work, but I didn't know he drew that much. I'm glad he had you all to share that with. Thanks for that.

Somehow I just saw this. The talent and accuracy is amazing. Thank you for sharing!

Thank you. His art was incredible. I miss watching him draw.

From one comic book lover to another -Jonathan says his art is great.

Tell Jonathan thanks. Wish Mike were here to get to know you all better.