"Too Many Bitter Tears Are Raining Down On Me"

Title of this post was taken from the song Too Much Love Will Kill You by Queen.

I've written and rewritten several posts over the last week, but every time I come back to them, and think I might post them, my mood has changed and I no longer want to share those thoughts. So, this might be a hodgepodge of thoughts, and if it's hard to follow I apologize.

I can't imagine any holiday or celebration ever feeling right again, but I anticipate the firsts will be horrific. We are coming up on several over the next few months that I know are going to be extremely difficult. For example, Mason's birthday (June 21), my birthday (July 14), our anniversary (August 9), the start of a new school year, and so on and so on. I think my best option will be to take the kids and head out of town on these days. I know if I stay at home and allow myself to dwell on things I will go plum crazy.

On another note, I've never been good at waiting for things to happen. I want them to happen right this minute. So, waiting for the official autopsy report and death certificate is driving me absolutely crazy. I can't take care of things, that need to be done, until I have that.

Anyway, I've been thinking a lot about what kind of headstone I want for Mike's grave. I bought a burial plot next to his, I'm freaking 31 who does this at my age, and I want a double headstone. Actually, I think they are called companion monuments...I hate that I even know this crap!

I've been sent flyers and catalogs from companies selling monuments, not a mailing list I ever thought I'd be on, and it's ruining my love for mail.  I refuse to buy a monument from a company that solicits me as a customer. I mean do they just go through the obituaries and then mail their crap out? No thank you. 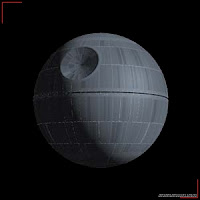 I know I want the headstone to be a dark granite color, but beyond that I'm not sure. I want something unique, because Mike and I were unique. I've thought about something Star Wars related, like having the Death Star etched into the headstone, that would be funny. Mike would have found that funny. I thought about having our picture put on it, but I'm not sure I want that either. I could go the traditional route and just put something generic like "Loving husband and father", but Mike was anything but generic. He was such a unique individual, and I think I need to honor that. Maybe I could incorporate a piece of his art work, I don't know. Maybe it's a little disturbing that I'm obsessing over this. 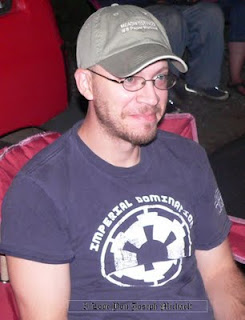 I just wish that I knew Mike was okay. I wish I knew that he knew how much I loved him. I can polish that thought, turn it, twist it, throw it in the air and watch it slip through my fingers, but the truth of the matter is I can't be one hundred percent sure he knew that. The only way I could be totally sure would be to ask him, and that's not going to happen. So, I have to settle with doing all these little things, that really don't add up to anything in the end.
Posted by Melanie at 7:20 PM

Melanie...your blog posts always give me pause to stop & ponder so many things ! Your words are so real & so raw. I love & admire your honesty ! All I can say is we love you & are always sending you good thoughts & many prayers.

Something unique on his headstone would be a wonderful tribute to who he was ... I think the death star would be great. From how you've described Mike, it seems like he really would appreciate that. I'm sure you'll be inpried to choose just the right thing.

Beverly - Thanks for your kind words. You always make me smile.

Jonathan - He was such a unique person. I too think that I will be inspired and that things will work out.

Melanie, I totally agree with you on the whole mailing list thing. It would so make me not want to buy from someone. I really like the star wars idea. He would really appreciate that. All of the little things in your life do add up in the end. They make us who we are. Mike knows your heart Melanie. You are wonderful, and I love you!

You're right.. it's horrific to be having to think of such things as a 31 year old young mother of three beautiful children! It really makes me mad also, and I'm not going through it!

On a lighter note...

My Dad was somewhat of an artist (Chinese brush painting) and we had his art put on his tombstone. We also had his motto, "Follow Your Bliss" engraved as well. He has the most kick ass tombstone in all of Stonewall Jackson Cemetary!! (and that includes the General himself!) :-)

Hang in there! Love ya!

Angela - Thank you for sharing! I want something like that. Something that fits who Mike was. Thank you!