The title of this post was taken from the song Ordinary Day by Vanessa Carlton.

It was such a beautiful day! I can't believe it was almost 70 and it's the middle of January. Sebastian had a basketball game this morning. This is his first year playing but man is he getting good. I love watching the kids in their various sports. I took the kids for ice cream and then we took the kids to the library and the park. I picked up the book The Sixth Man by David Baldacci. I'm trying to get back into reading again. My attention span became crazy short after Mike passed. It was bad before that but, now it's way past horrible. The park was fun though and we took Jasper along with us. Here are a few pictures. 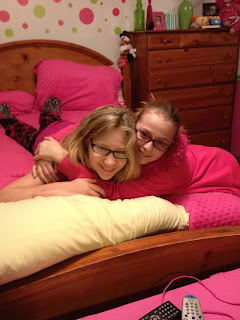 Tyler and Mikayla a few days ago. Mikayla is doing so well after her surgery. Love those girls! 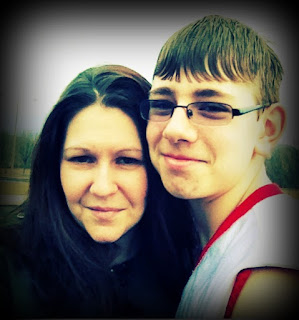 Sebastian and I before his basketball game. I love that kid so stinkin much!!!