There's Nothing In This World I Wouldn't Do

The title of this post was taken from the song Hey Brother by Avicii.

Getting a little personal here but this is part of the ups and downs of our life. My dearest 7 year old suffers from anxiety. It started about a year and a half ago and it seemed like nothing more than separation anxiety at the time. He would get upset if he didn't know where I was and would later tell me that he thought I was dead. This is understandable given what he's been through in his short little life. Sometimes I wonder if Mason's monster is my fault because I for sure had some separation anxiety with the kids after Mike passed. None the less, the anxiety is starting to generalize to the point that we are seeing it manifested in different ways at home and school. Its enough that I felt it was time to do something about it. I've done a lot of research lately. What I've found is that there is an overlap between the symptoms of anxiety disorders and ADHD in children. In one article that I read, I learned that 1/4 of children with anxiety disorders have ADHD and younger children with overanxious disorder or separation anxiety are especially likely to also have ADHD. This makes me wonder how many kids get diagnosed with ADHD when the real problem is anxiety. I feel certain Mason could have fallen into this category. So...lots of things to think about.
Back in December, I took Mason to a child psychiatrist After one two hour session, the doctor wanted to put him on Zoloft and told me if I wanted him to have counseling that I could contact my local Community Services Board (Seriously?! You are a doctor! We are right here asking for help!!) He then went on to say they would see me in a month to evaluate how the medicine was doing. Now, I'm not against medication when it is needed but I am against putting him on medicine and then not fixing the underlying problems. When I addressed my concerns with the doctor his reply was, "If it makes you feel any better we put kids on this all the time."...What? No. That in no way makes me feel any better. I left with the prescription in hand and even took it to the pharmacy. But, after doing my own research, I decided this was not the route we were going to take. While it may be a perfect course of action for some, I knew that this was not what he needed. Furthermore, this was not a data-driven medical decision and I refuse to use mentalistic reasoning to decide if my son's course of treatment is really working or not.
Yesterday, I took Mason to see a therapist; Dr. Rob. It went really well and Mason really liked him. We are going to go back. I hope that we can give Mason the tools he needs to cope with whatever is going on in that tiny head of his. Really, look at this face...pure preciousness. 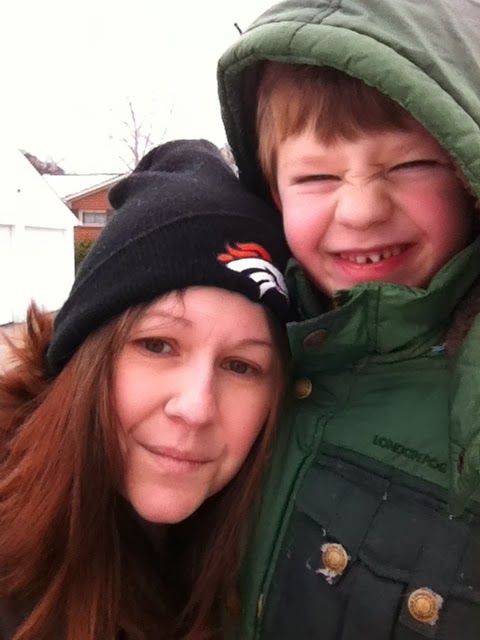 Melanie ..... I hope you know how much you're loved & respected ! So very proud of you for 1 ) writing this post ( many wouldn't ) 2) for choosing not to just accept a pill as the answer to the problem 3) for realizing that there was a problem & NOT ignoring it.
TOO many people choose to look the other way , to ignore it , even when they see a problem or they just accept that a pill will make it all better. And then some think & believe that just prayer will fix things. I believe that God shows us the way but we have to act on it. Much love to you & Mason is precious & so blessed to have you for his Mom.

Thank you for not rushing to medicate the problem away. Too many people do that. The medication soothes the symptoms, but doesn't solve the issues. You are a great mom. The kids are lucky to have you!

Thank you guys so much! Your love and encouragement mean so much. It has been a hard road for him this past year. I just want him to be happy and enjoy life.