Hey Now You're An All Star Get Your Game On, Go Play

The title of this post was taken from the song All Star by Smash Mouth.

My kids have always been involved in sports. Sebastian has played soccer since he was 7 and, now, he plays basketball too. Tyler did competitive gymnastics for three years. She even made it to state one year. Now she plays volleyball as well as being a cheerleader. Mason played soccer, did tumbling, he just finished basketball, and is now starting wrestling. I love watching the kids in their various sports. We have had great coaches; we have had not-so-great coaches. In this post, I want to focus on our experience with Mason playing basketball.     Mason has a ton of energy. He needs to be active. In an effort to help him with this, we try to make sure he is always involved in something. In the fall, he picked basketball. Mason knew very little about the sport so I was worried about how he would do. Would he be able to focus long enough to learn the basics? Would he make friends given his high energy level coupled with anxiety? Would he even get to play given his inexperience? Clearly, I’m a worrier.     We showed up for the first practice where we met his coach and the other players on his team. There were several really good players. There were also a few who were a bit inexperienced like Mason. Coach Lowman told them he expected them to be at practice and to work hard... as he was talking, I saw Mason's attention start to wander. I thought, "Here we go. This isn’t going to work and we’ve just started." Practice continued; I watched as my son slowly tried to keep control of the ball while he dribbled it down the court. I watched him try to pass the ball correctly. I watched as he tried to keep up with the basketball lingo. At home that night, I kept thinking, "Oh my...this may be a long season." I couldn't have been more wrong.    Not long into the season, Coach Lowman texted to let us know about a practice. I texted back to thank him for all his hard work with the kids. He answered asking if he could call me. The conversation went something like this (I don’t remember every single word but you’ll get the gist of how things went):


Coach: “Can I ask you a personal question.”

Me: “Sure.”Coach: “Why is Mason playing basketball? Did he want to play or did you want him to play.”

Me: “He wanted to play. We are fairly certain he has ADHD and he needs to keep active. We gave him a choice of sports and this is what he picked.”

Coach : “I could kind of tell. See some parents push sports on their kids and I just wasn’t sure what your expectations were.”

Me: “Oh, I know he won’t be the best player and I don’t expect him to play the entire game or to even start a game. I just want him to learn something new, have fun, and be a part of a team. I just want this to be a good experience.”

Coach: “I understand. Can his dad or does he have someone who could work with him in the afternoons?”

I felt the familiar sting of tears on my cheeks as I managed to say, “His dad passed away when he was four, but my husband can work with him at home.”

Me: “It’s okay. It’s just hard to talk about sometimes.”

We talked about this and other things for a while. He told me of different kids he had worked with. He said that he was happy to have Mason on his team.

The phone call ended. I sat on the floor and cried for a while. There were so many emotions. I was angry with myself for crying; for getting so emotional but I was beyond grateful for a coach that was taking a personal interest in my son...not just looking at him as an inexperienced player that would hinder his teams chance at winning.     As practices went on, Mason began to learn more and grow in the sport. He still had attention problems but he was getting better. At one practice, Mason was twirling on the court as they were running drills. Coach Lowman looked at him and said, "Mason, if you have time to do pirouettes then you have time to run. Take a lap son." Coach ruffled his hair as he came back to his place on the court. Practice resumed. I couldn't hide my smile. He wasn't picking on my child or being mean he simply understood the boundless energy he had. I saw Mason's confidence start to grow.     Now Mason never became the best player on the team but, then again, I never expected him to. He played in every game and got his fair share of time on the court. He played beside the better players who helped guide him. It was amazing to watch the more experienced kids showing Mason where he needed to stand or where he needed to be. There was no judgment or anger they just helped him as he needed it. The parents of those kids will never know how grateful I am for those small acts of kindness by their children. Mason truly felt part of the team.       Their team went undefeated this year. Last night, they won the championship game. Mason was not able to go because he has an ear and sinus infection along with a fever. He was there in spirit, and they won. I am so happy for them. What a way to end a season!     Like I said earlier, we have played on teams with great coaches. We have played for not-so-great coaches. Sometimes, we parents forget that these coaches are volunteering their time and effort for these kids. Many times, they don't get the thanks they deserve. So, I want to give a big thank you to Coach Lowman and all the players on the Ballers team for their hard work and dedication this season. Having a coach that took a personal interest in Mason made all the difference in the world. When I asked him what sport he wanted to play next he immediately said "BASKETBALL!"


I am one very grateful mother. 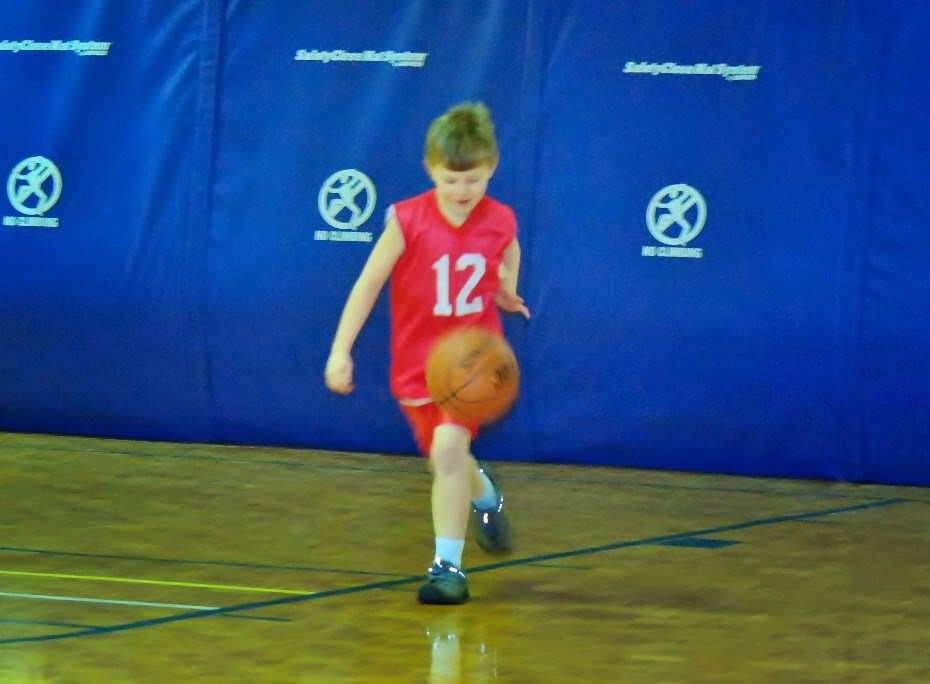 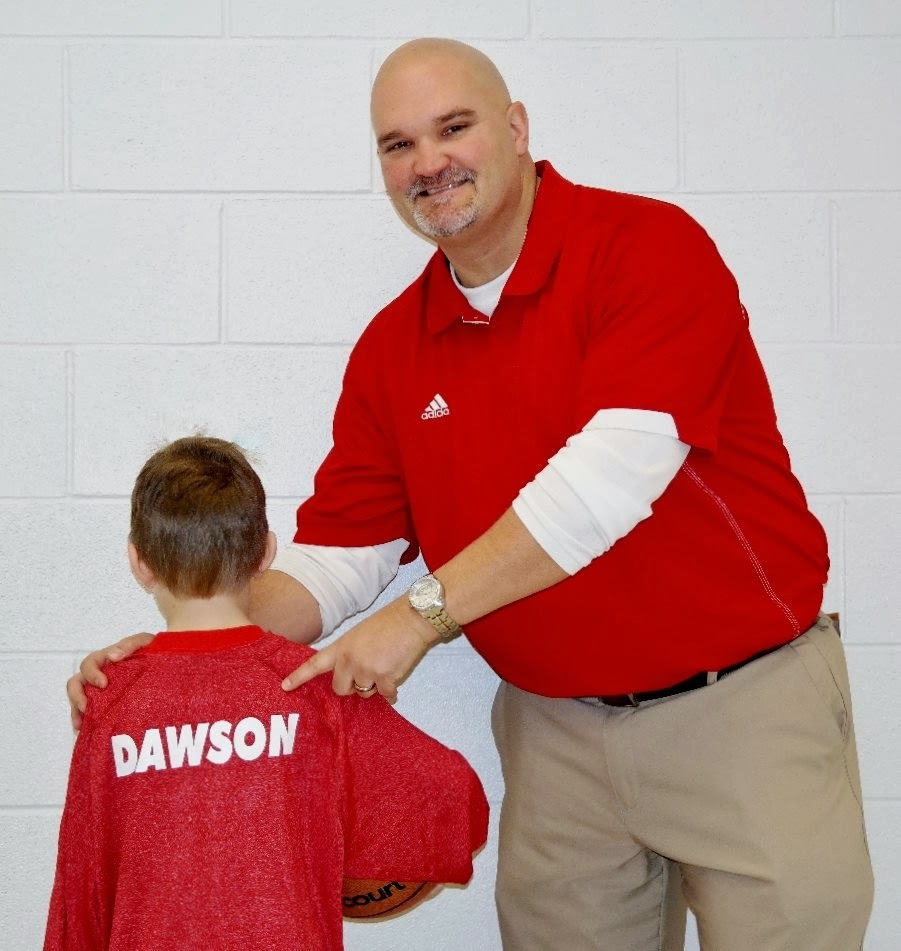 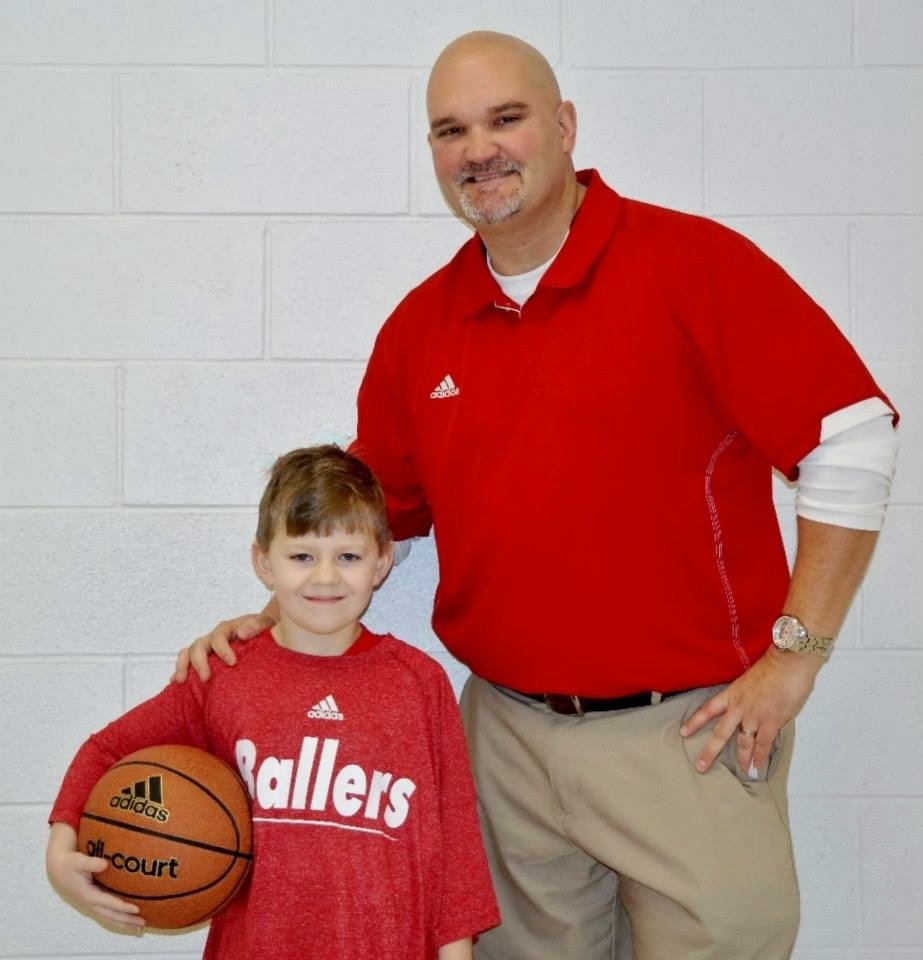