I'm On A Psycho Holiday

The title of this post was taken from the song Psycho Holiday by Pantera.

It's Photo Saturday...because it's just been one of those weeks. 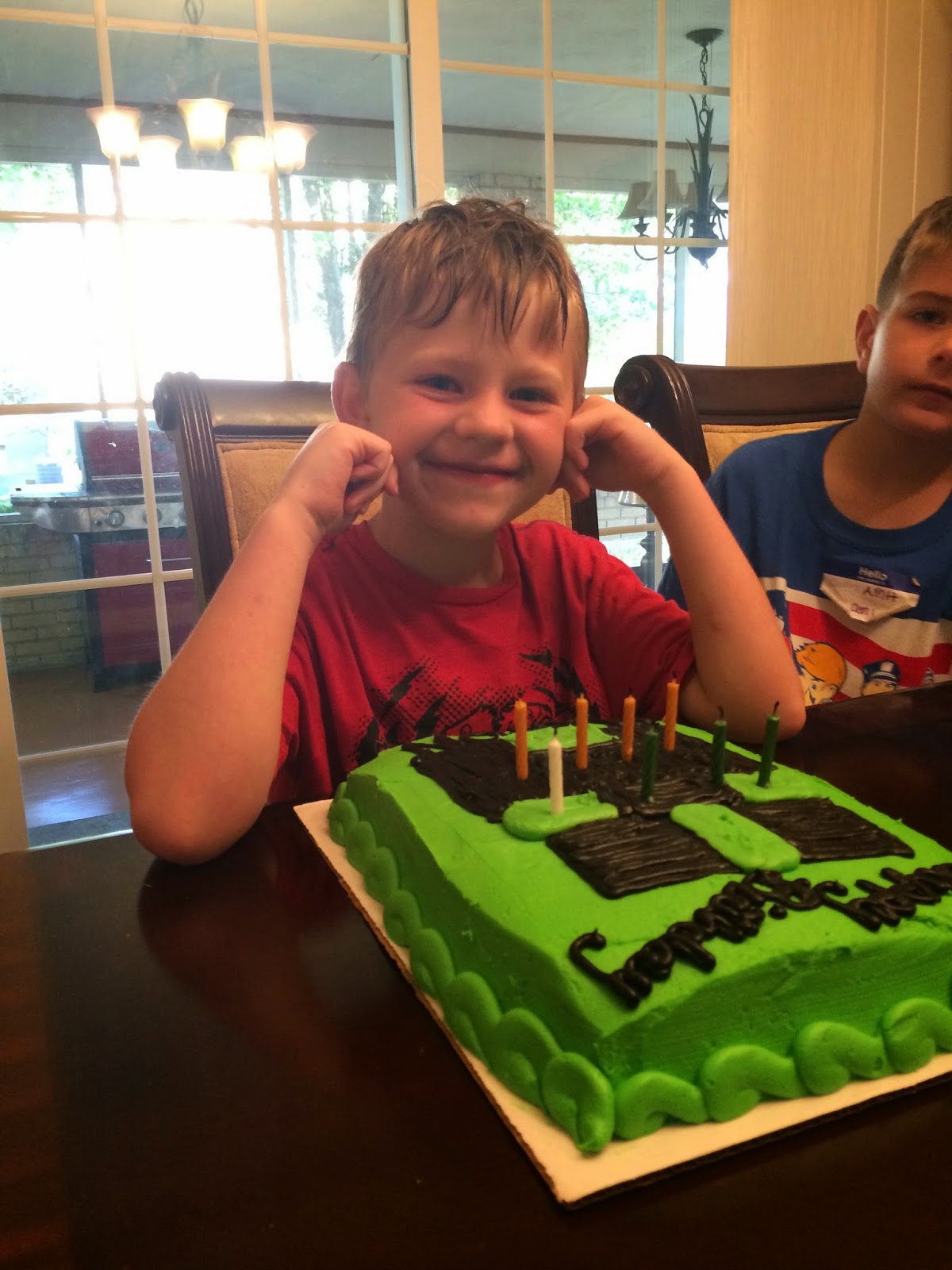 We had Mason's birthday party on Monday. I can't believe he is eight! We always have his birthday party at Mandaly's house and the kids swim. They had so much fun, and seriously Mandaly went all out to make sure he had a special birthday. 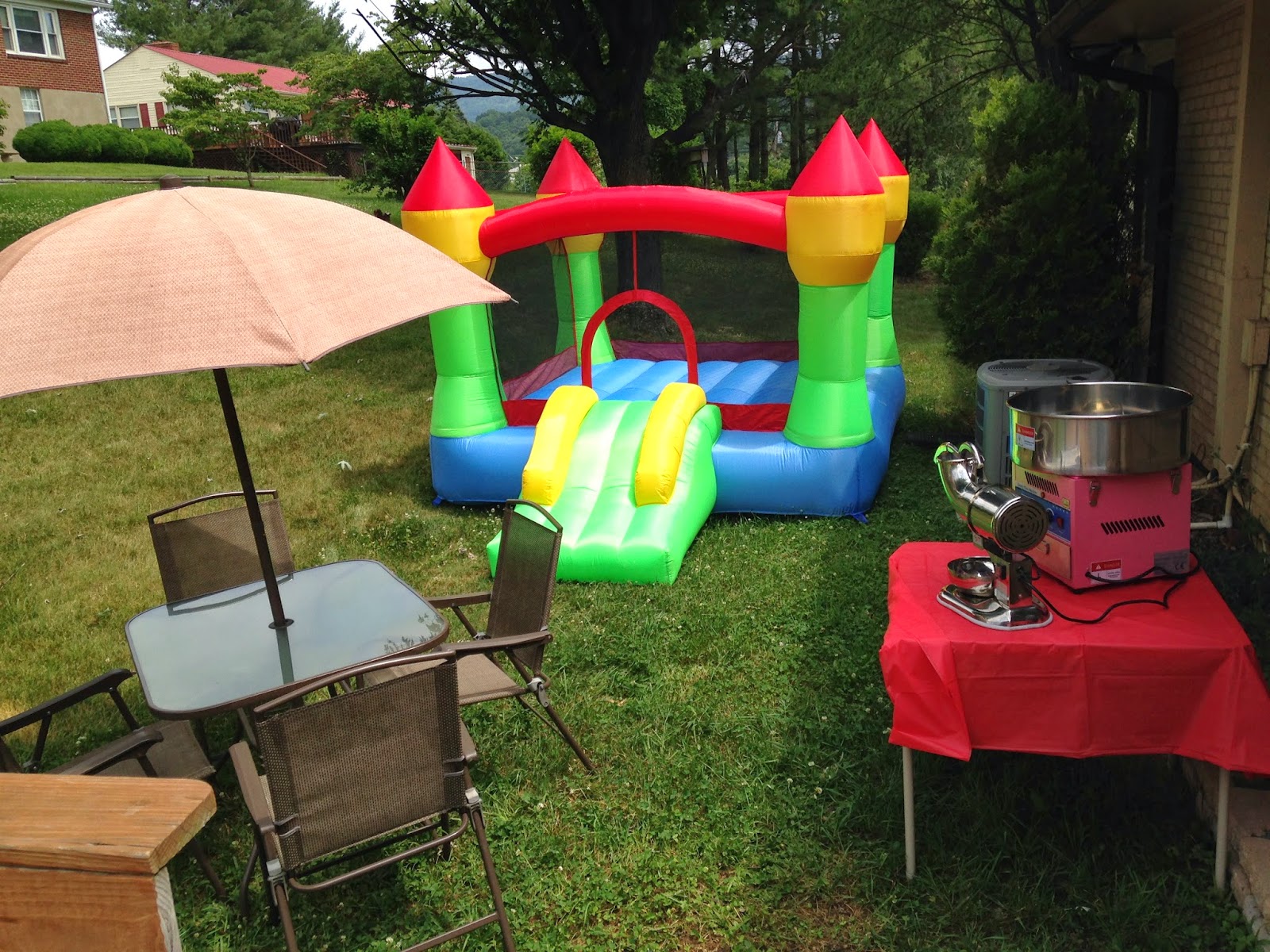 Not only did the kids get to swim, but she set up the bouncy house for the kids, she had a cotton candy machine and a snow cone maker that made the BEST snow cones! It was so much fun and although I know it's always a lot to ask she just goes with things. Thanks Mandaly and Mikie for making this such a special day for him!!! 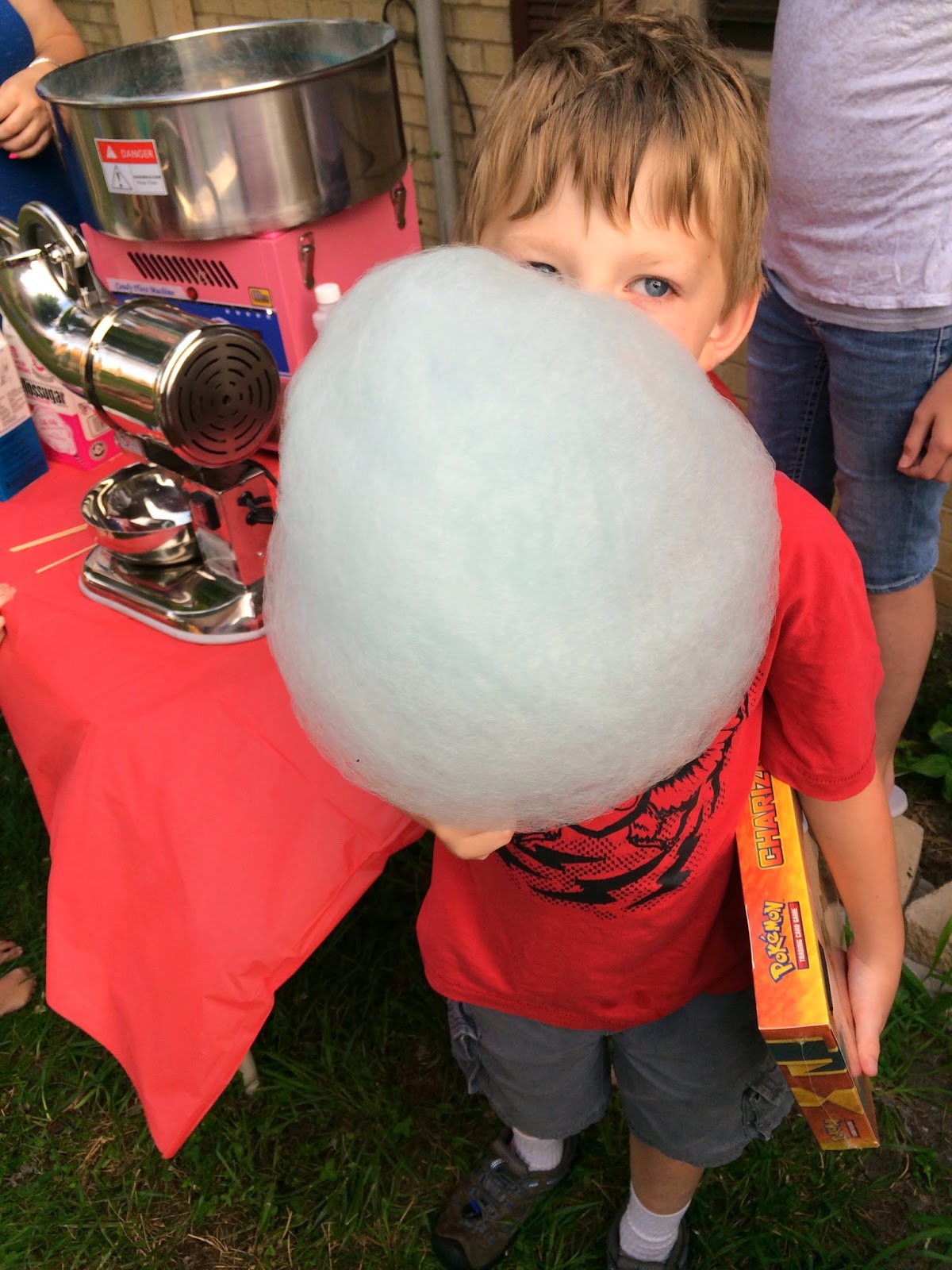 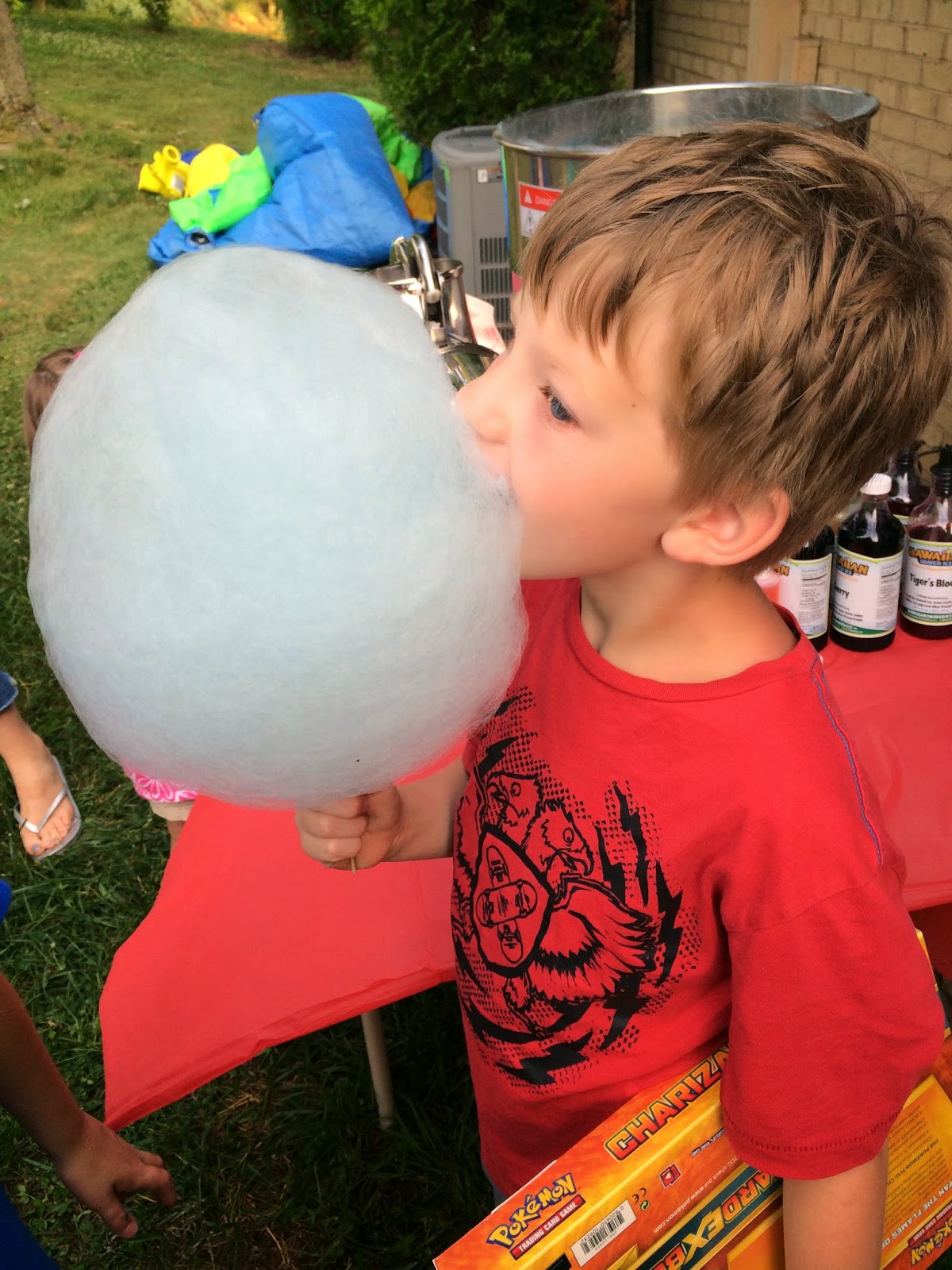 Sebastian thought he was king of the place :) 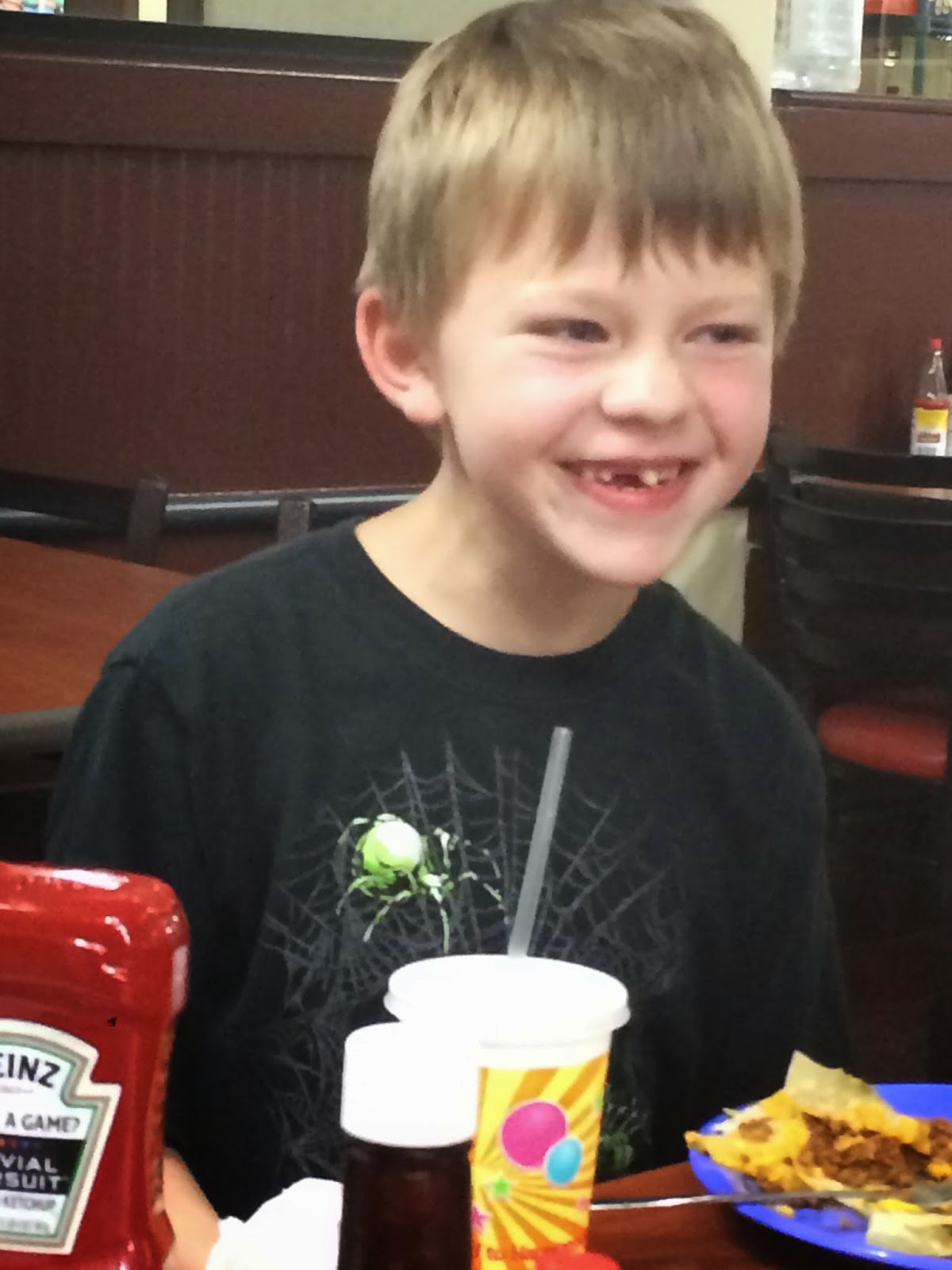 This past week we ended up going to Roanoke to look for a new van...I'll explain later. Anyway, we stopped at Golden Corral and John had the waitresses sing Happy Birthday to Mason. Mason's face was so red and he couldn't stop smiling. It was beyond cute! 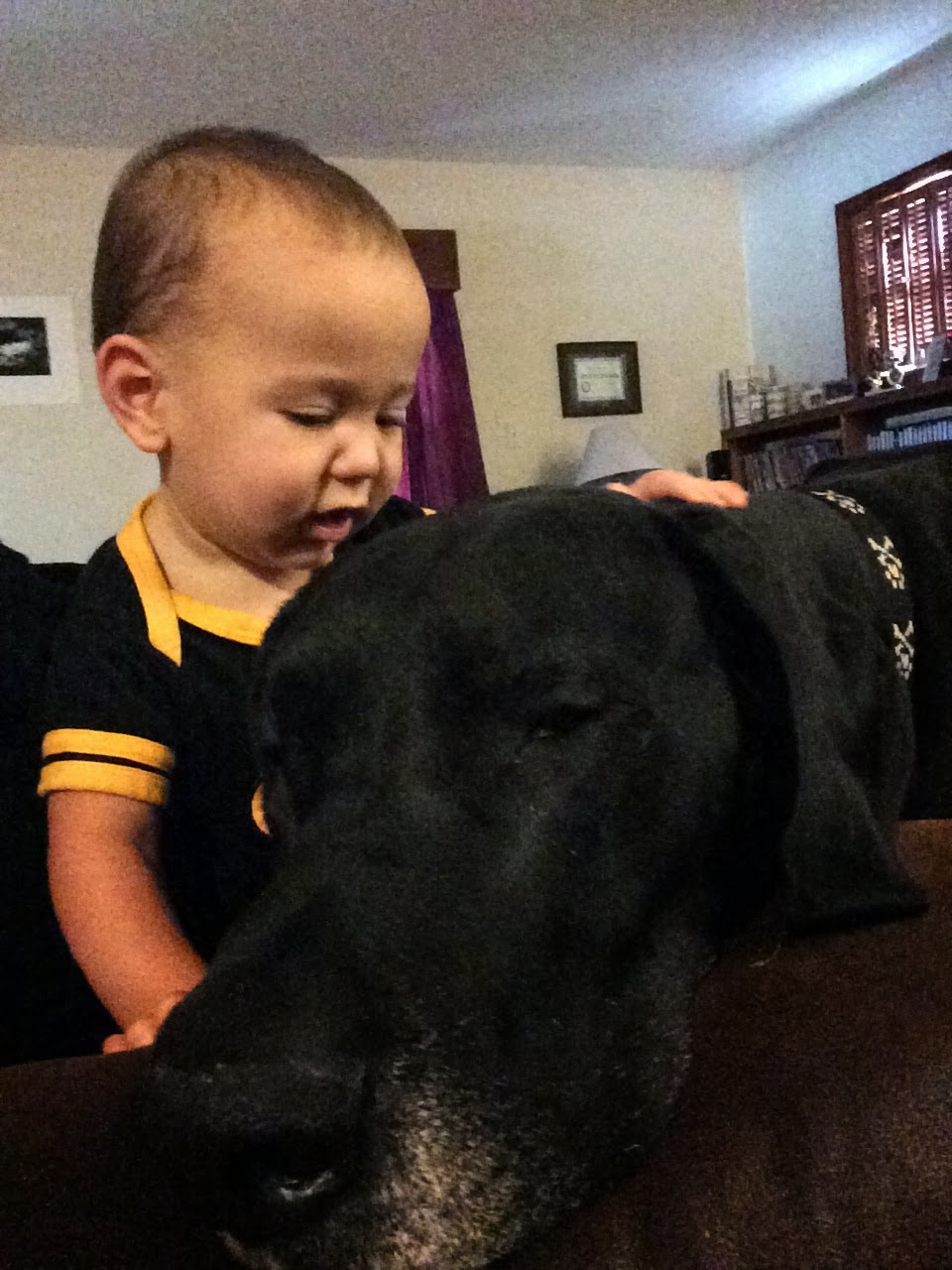 Jaxon tried to lick Jasper. I don't think he liked how he tasted. 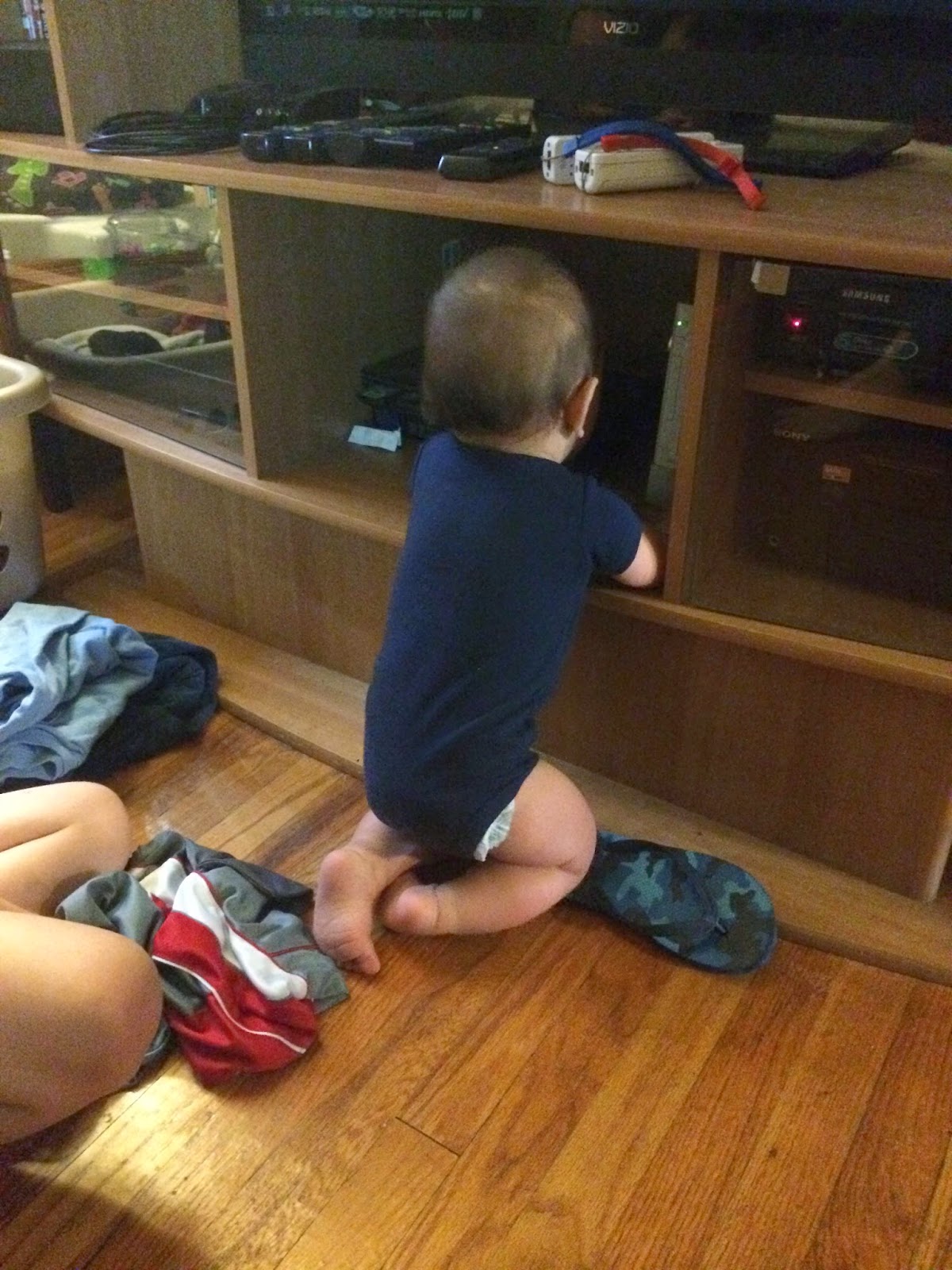 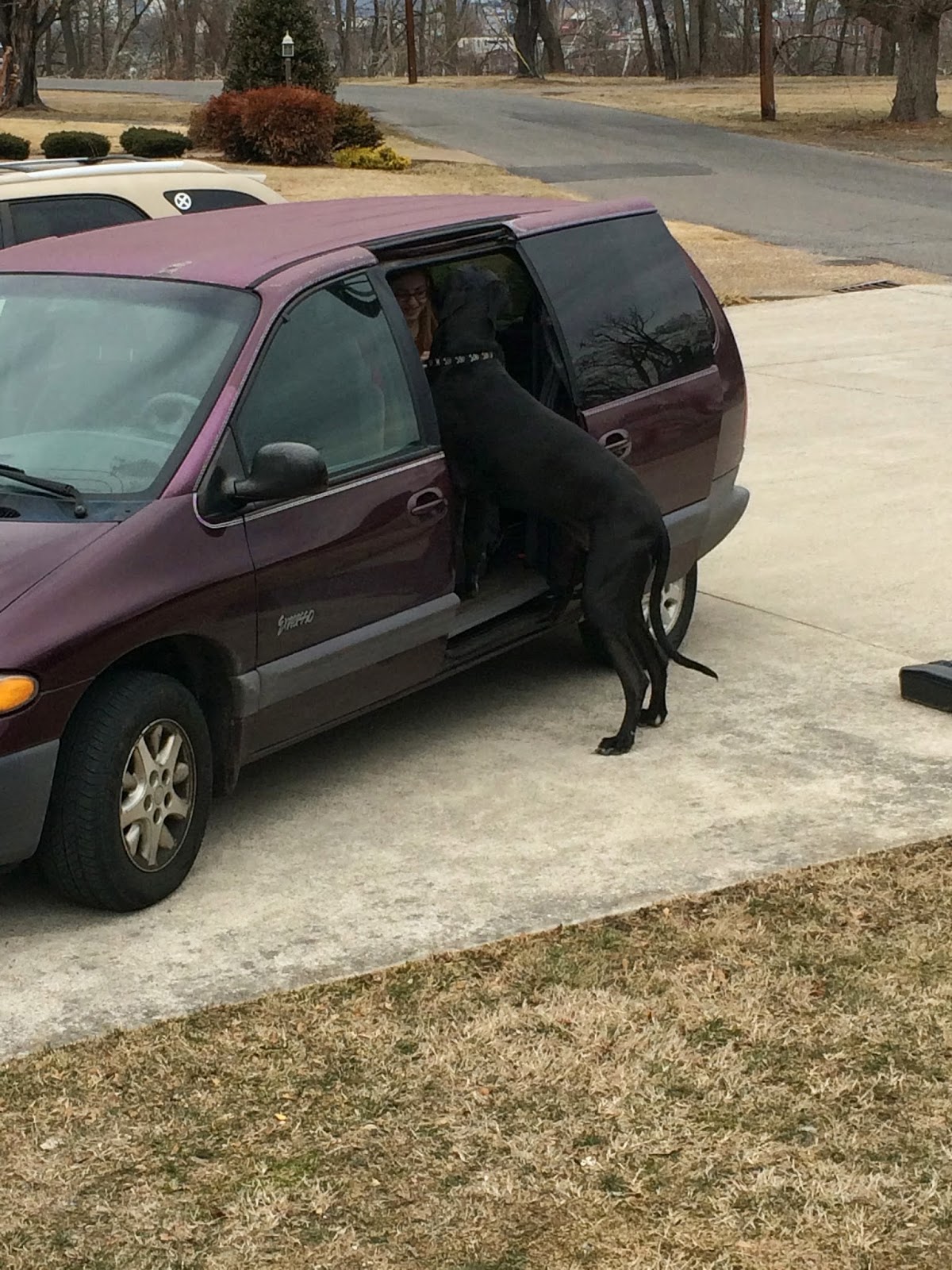 So, this seems to be the best picture I have of our van. I named the van Quack after the duck on Peep and the Big Wide World, I love that cartoon. I also love this van. I bought it from my Uncle Wayne many years ago. It's had some quirks. For about four years none of the stuff on the dash worked. I used my GPS to know how fast I was going and I just guessed on how much gas I had. I took it to four mechanics and none of them could figure out what was wrong with it. John fixed it several months after we were married. Friday John decided to go to Lowes and had just got on the interstate when the van just died. We had it towed and then found out the engine was shot and it was going to be around $2,300 to fix it :( we just couldn't justify putting that much money into it. John is going to clean it out today and then on Monday it will be towed to the junk yard. Lucky for us my dad is letting us borrow one of his cars until we take ownership of a new/used van that we are buying from a friend.

It's been a really weird start to summer for me. I'm still working summer school a little, I'm trying to wrap up this class so I can start another and it really doesn't feel like summer break has started. There is so much I need to do to get ready for school in the fall and their just aren't enough hours in the day. The kids are tired of being home because I have to work. I haven't found a balance yet and it's driving us all crazy. I think I'm going to take the whole month of July off and just enjoy my kids.
Posted by Melanie at 10:13 AM

Seems to me that you have a fantastic sis, and Mason's birthday was a huge success! It's always a BUMMER when the car dies out. It's one of those things that are so expensive it's just depressing. So, on with life-it will all work out in the end. I wish you could just check out-literally and take some time off from work and just spend your days with the kids. That's exhausting too, but it is one of those things that's so worth it. Hang tight, sweet girl. Life will slow down one day ;)