The title of this post was taken from the song Somewhere In My Memory.

I had planned on making a Christmas post that would detail all of our adventures last week, but the stomach bug hit the house and then Jaxon came down with a sinus infection and things just haven't gone as planned.
On Christmas Eve my family came over to spend time together. We had so much fun. Michael brought his guitar, Tyler had her flute, and we sang Christmas songs together as we Skyped with Mom and Dad. I don't have any pictures or videos to share! It was a wonderful night. Uncle Dale came over and we ended the night by putting reindeer food out and sending the kids to bed.
Christmas morning started later than the kids would have liked but Sebastian had been up sick most of the night and we had been up late/early wrapping all the gifts for the kids. They had a good Christmas though and were so appreciative of all the things they received. I asked them later what their favorite gifts were; Sebastian - Studio Beats, Tyler - Kindle Fire, Mason - new TV for his room, Jaxon - everything ;). Here are a few pictures. 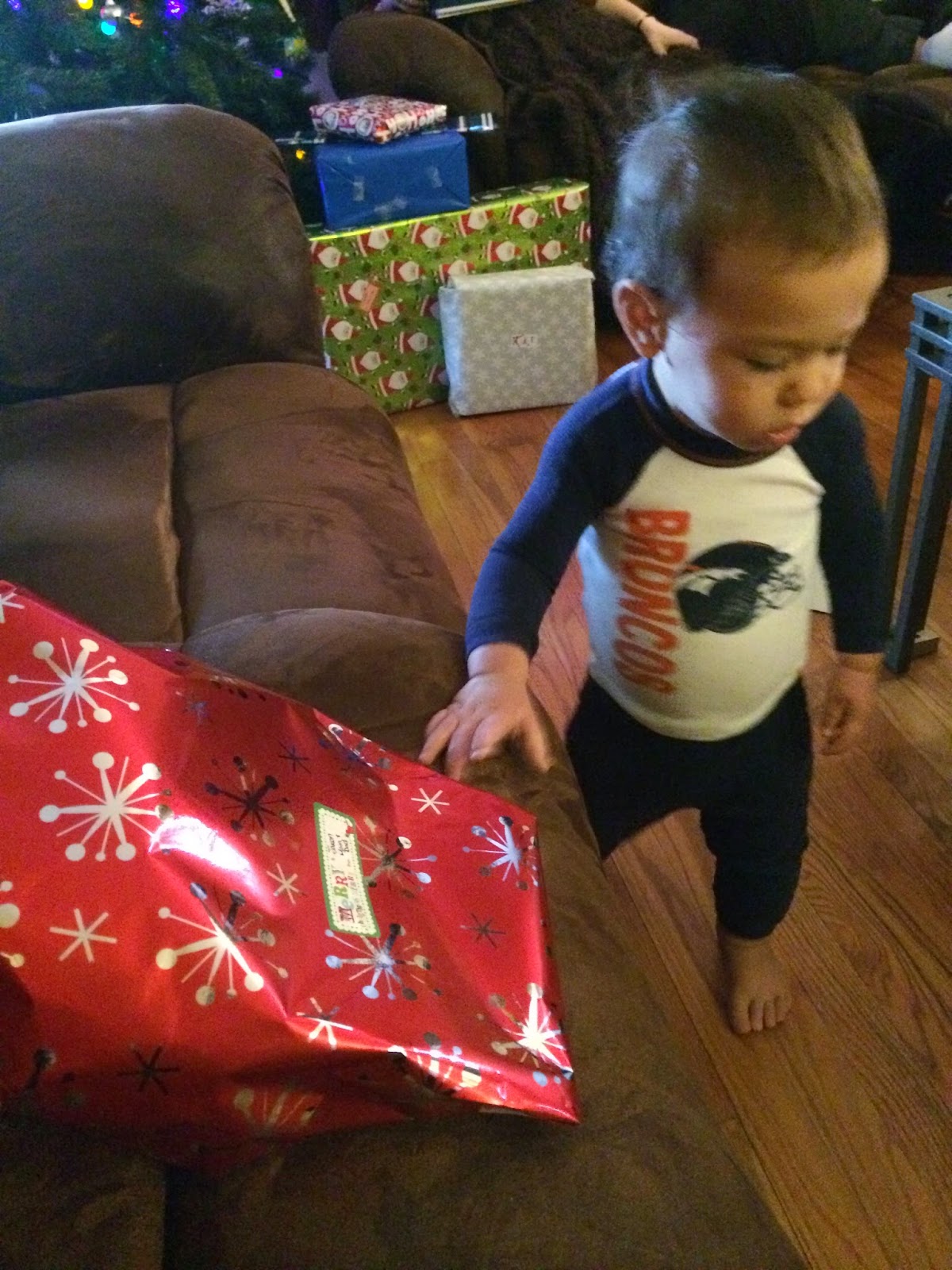 Jaxon - Ready to open his gifts. 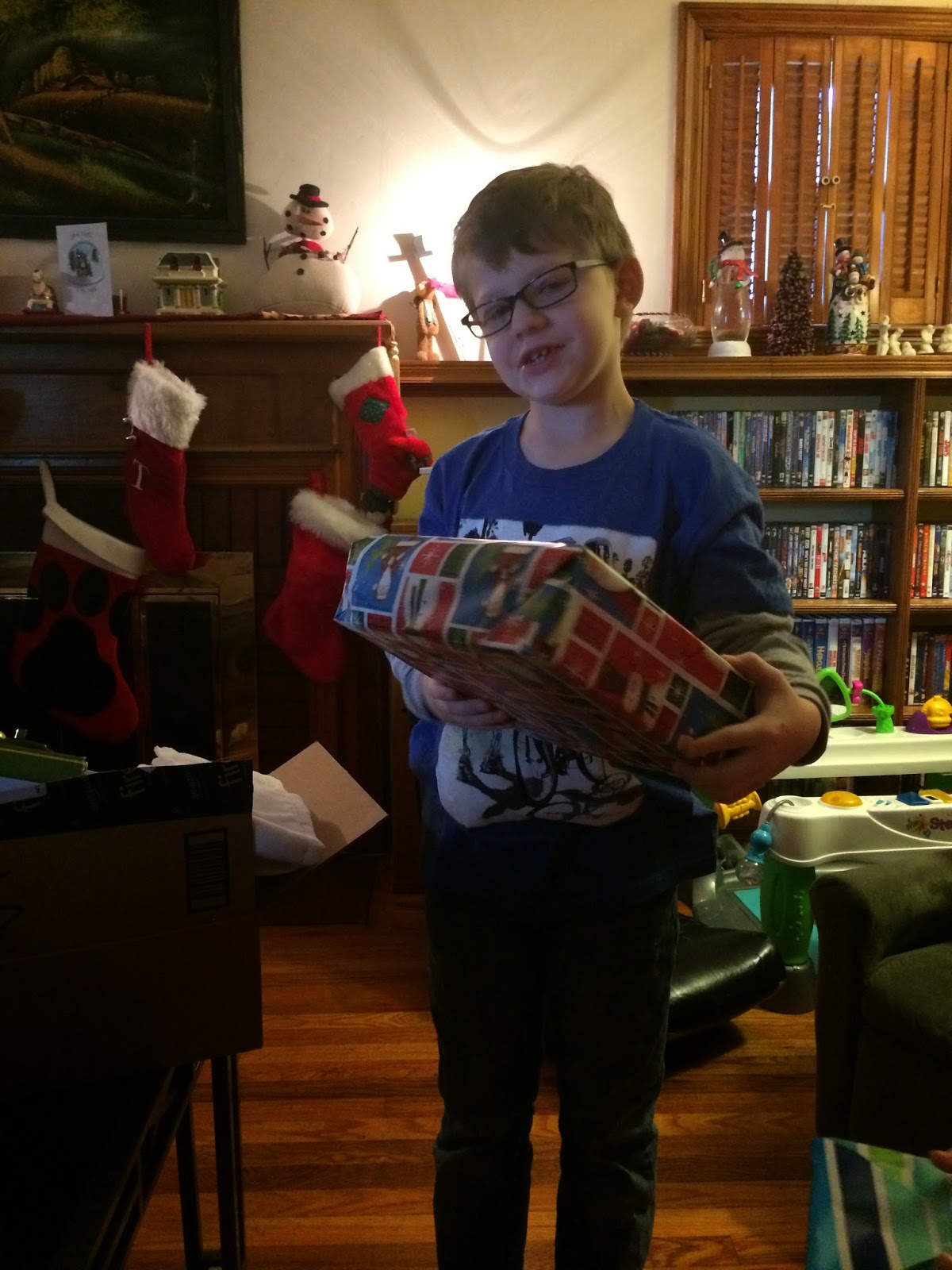 Mason - So beyond ready! 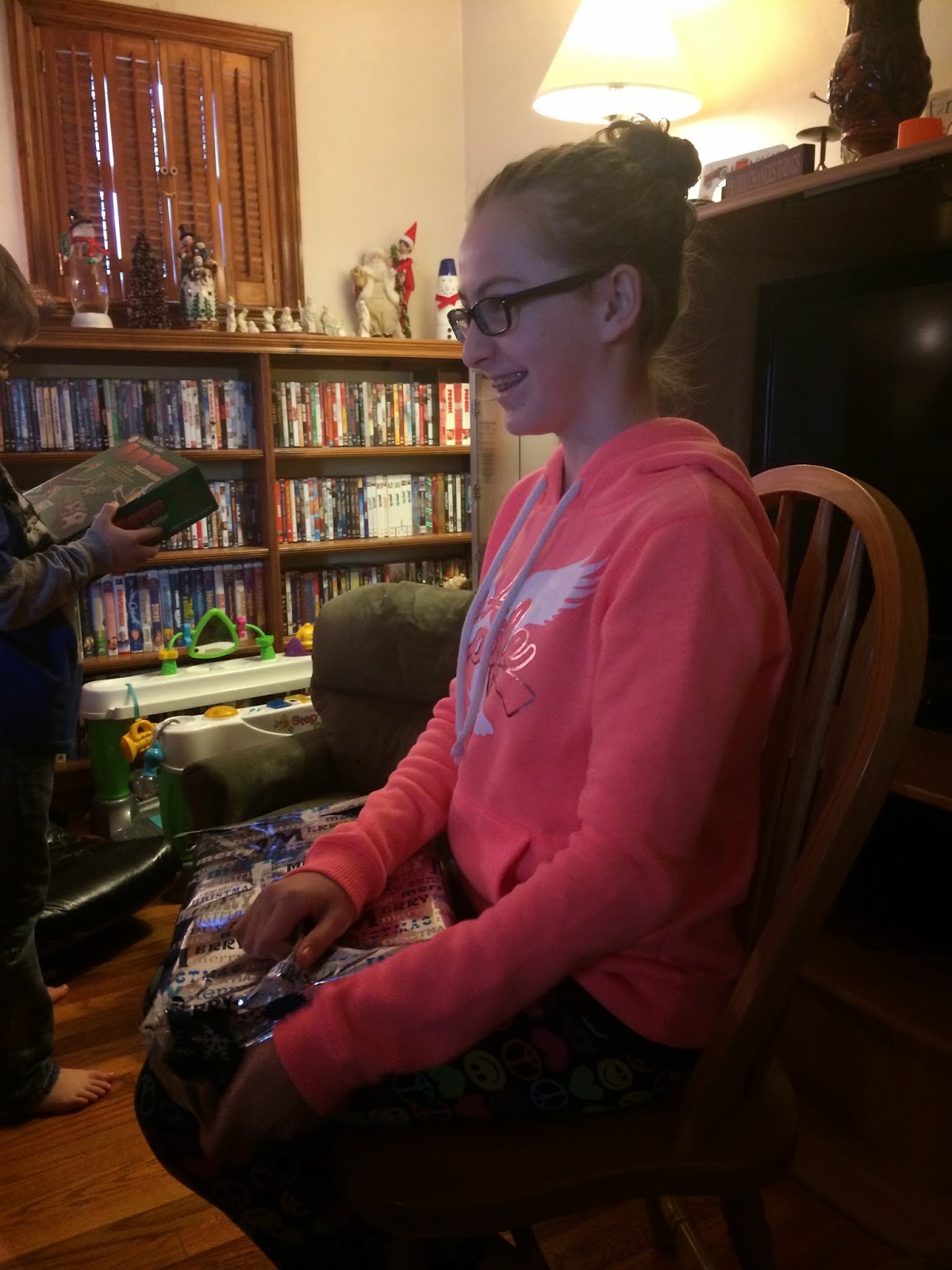 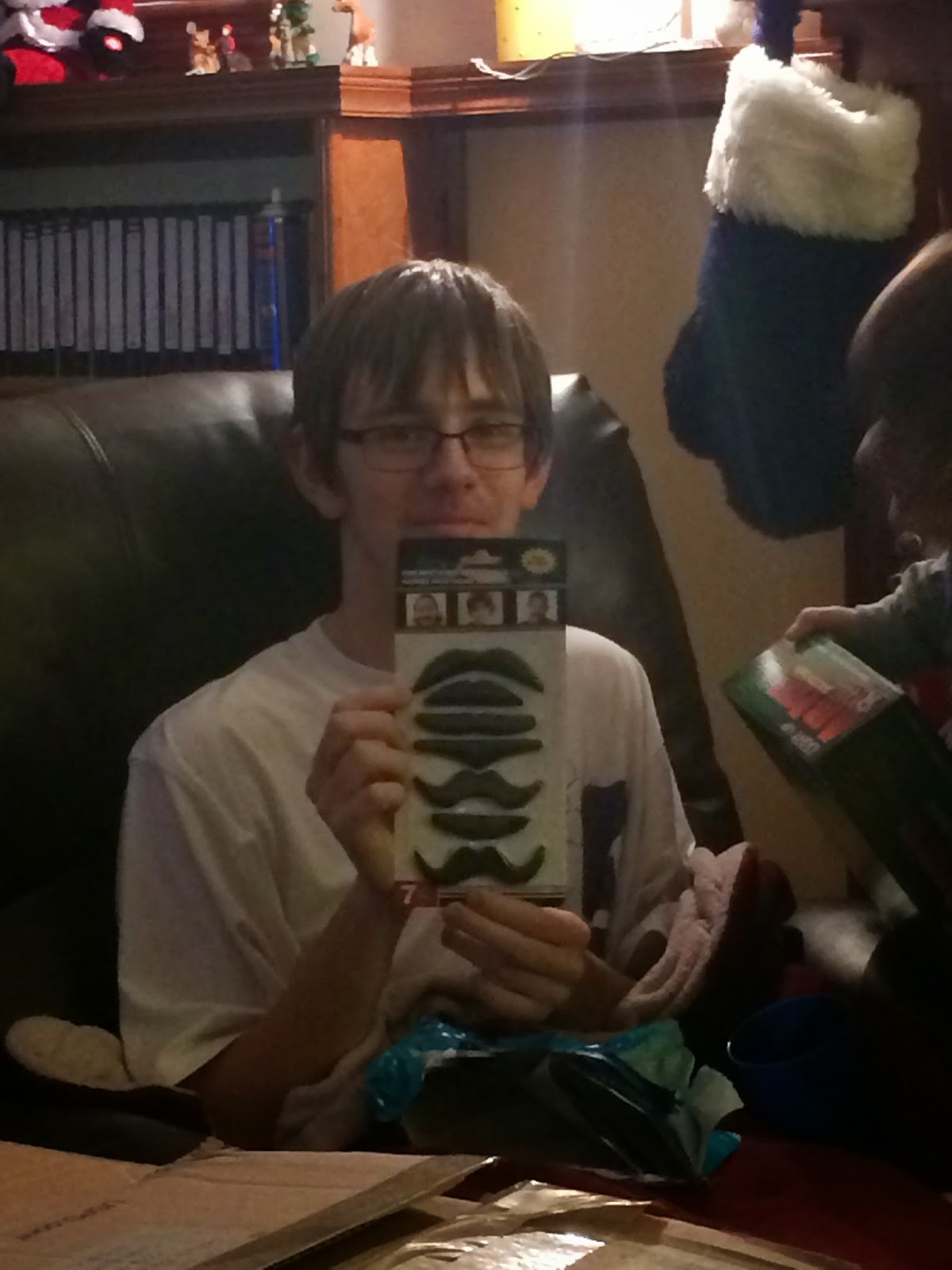 Sebastian - This is what his sister got him :) 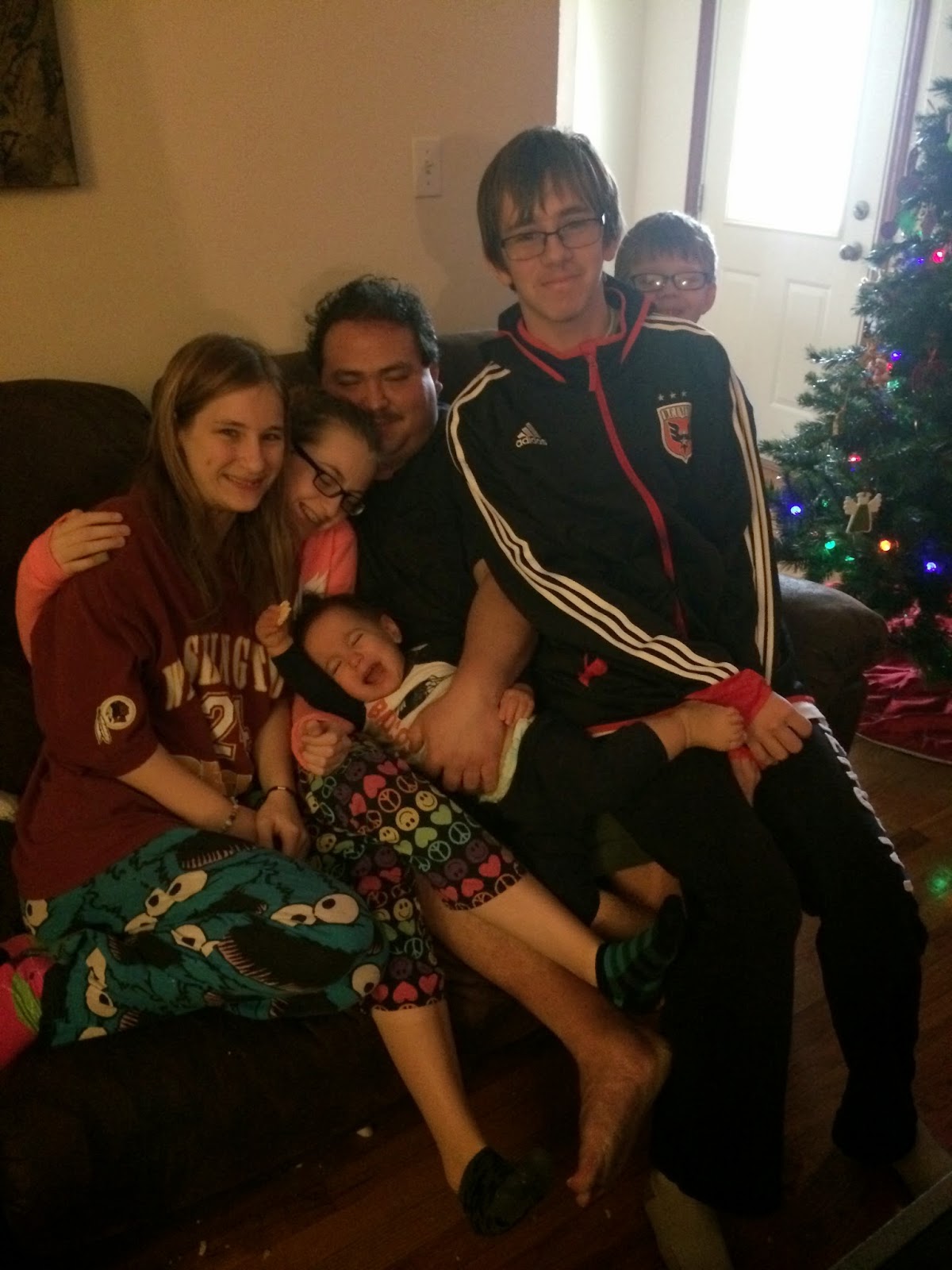 The crew :) John's niece Laura is visiting. Tyler is behind her. The day after Christmas Mike's family came over and we exchanged gifts. It was so good to see them. Once again I didn't get any pictures! I'll do better next year. We had fun catching up and enjoying each others company. That was our Christmas in a nutshell.
Posted by Melanie at 8:11 PM