The Wind Is Howling Like This Swirling Storm Inside

The title of this post was taken from the song Let It Go by Idina Menzel from the movie Frozen.

Summary of this past week...

* Prepared for a huge snow storm.

* A relief valve broke on our boiler, flooding our basement. We had two inches of water covering the entire basement which is also where Sebastian's room is. We had to have someone come out and fix it, and pay emergency fees for them to do so. We've spent most of our snow days alternating between cleaning up the basement and trying to shovel snow. Such good times in our house.

* I've been trying to study for my BCBA exam that I'll be taking in May. I should be motivated to study, but not so much. By the end of the day I just want to sit down and NOT think.

* Work. I've got so many ideas for things I want to do and somehow I have to find the time to make it all work.

* The 23rd would have been Mike's 40th birthday. We normally get helium balloons and have the kids write messages to him and let them go, but due to the weather we couldn't get to the store. So, instead we told funny stories about him and shared our best memories. I managed to hold it together but I'd be lying if I said it wasn't hard.

* Counting down the days until my parents come home.

Pictures from this past week 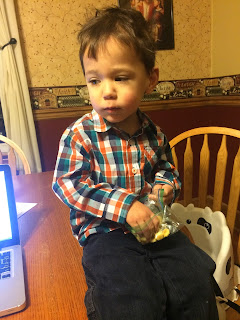 Jaxon getting ready to leave for the babysitter. 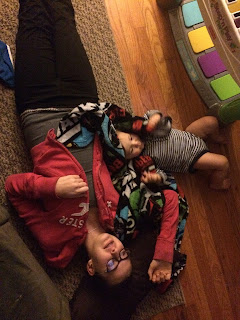 Blake loves blankets, and sometimes he steals them from his sister :) 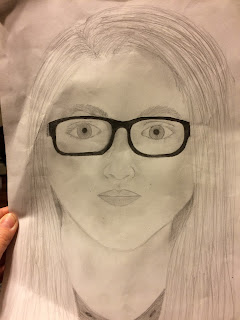 A self portrait that Tyler did in art class. She is so much like her dad. 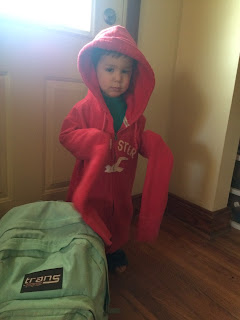 Jaxon really wanted to go to school with Tyler! 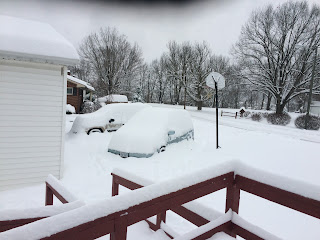 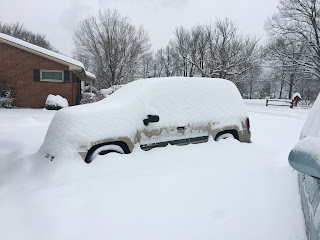